The Englishman recorded 97 saves and 13 clean sheets in 36 appearances as newly-promoted Sheffield exceeded expectations, placing ninth in the Premier League. Until August 26, Henderson’s superb season linked him as a possible replacement for Chelsea’s Kepa Arizabalaga.

Now firmly at United, where David De Gea has been the clear No. 1 for years, manager Ole Gunnar Solskjaer thinks Henderson can bring some much-needed competition to the club.

“We are in a strong position within the goalkeeping department and that gives us the competition for places that we are looking for in the squad,” Solskjaer said in a press release. “Dean is another great example of the type of player who has come through the Academy and truly understands what it means to be at Manchester United.” DeGea had one less save and the same amount of clean sheets in two more appearances than Henderson.

Though Henderson can’t be promised regular first-team action, learning from one of the best goalkeepers in the world won’t be the worst course of action for his career.

“The goalkeeping department at United is excellent; there are three top-level goalkeepers who have achieved so much in the game and I look forward to working with the group,” Henderson said in a press release. “The faith that the manager and the club have shown in me with this contract means a lot to me and will continue my progression as a goalkeeper.” 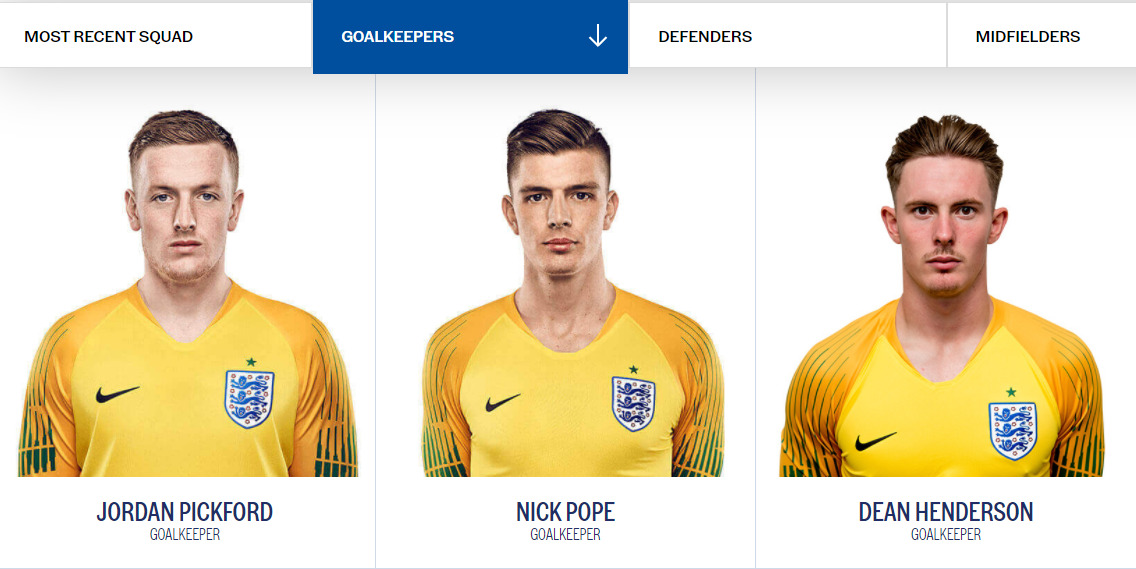 Although he likely won’t see game action for the national team in September, if Henderson continues to impress in the Premier League, he could have a clear shot to challenge Everton’s Jordan Pickford for the No.1 shirt in a few years.

At only 23 years old, Henderson is the youngest of three keepers named to the English squad. Burnley’s Nick Pope had the best season of the three, but only has two full Premier League seasons under his belt at age 28. Pickford has been successful as England’s starting goalkeeper so far, saving shots during penalty shoot-outs both in the 2018 World Cup against Colombia and 2019 Nations League against Switzerland. But Pickford’s play in the Premier League last season was underwhelming for a nation’s first-choice goalie, recording 94 saves and only seven clean sheets.

Earlier in 2020, Henderson was just hoping to make the European Championship squad.

“Hopefully I can nail down a place in the Euros squad first,” he said in a press conference on February 9. “Being ambitious like I am, and I don’t think there’s anything wrong with that, I’ve got my eyes on the shirt.”

UEFA postponed the Euros until 2021, leaving a lot of room for change in England’s squad. And Henderson sits in a spot that he must take full advantage of.

De Gea performed poorly at times last season, and it was the second straight year people have called to bench him. If he regresses even more this upcoming season and Pickford disappoints yet again, it wouldn’t be far-fetched to say that Henderson could soon be the first choice in goal for both Manchester United and the English national team.

For now though, Henderson will devote himself to growing further as a goalkeeper.

“I’ll be giving everything to improve every day so that I can play as many games as possible for [Manchester United],” Henderson said.

“I am looking forward to joining up with the England squad and then preparing for the season ahead.”