VIDEO: Michael Bennett Has Gun Pointed At Him By Police Despite Being Innocent

Michael Bennett has become the latest victim of being targeted without any wrong doing. After attending the Floyd Mayweather vs. Conor McGregor fight, there was a gun shot outside of the arena. Bennett was running away from the noise as any normal person would. Unfortunately, the cops picked him to be the fall guy without any evidence. The video can be seen below. 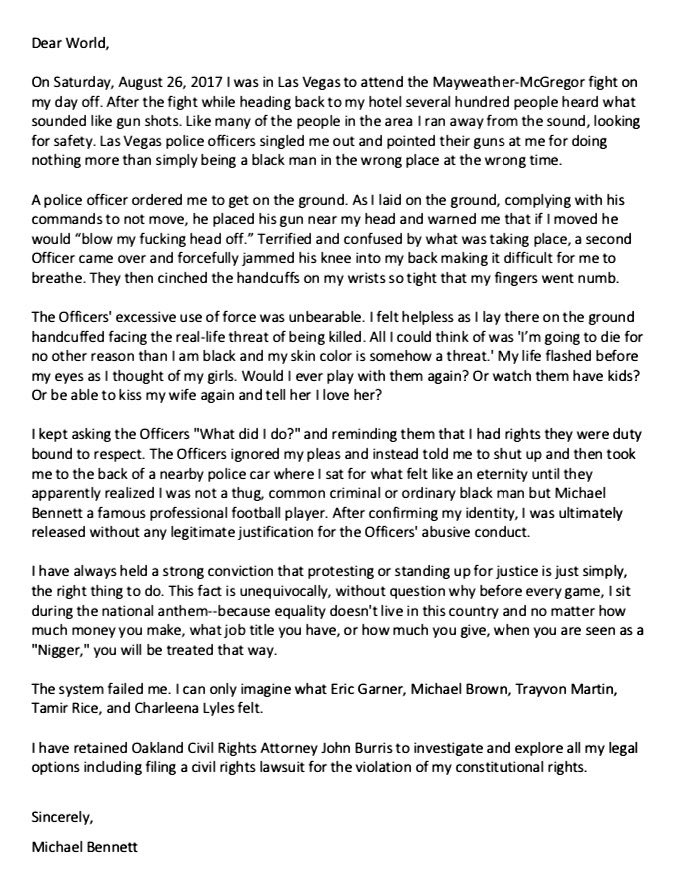 The racial injustice within this country is something that everyone should be aware of. Things of this nature have since gotten worse since President Trump has taken office. Players around the league have taken a stand and have protested during the National Anthem. Bennett along with Malcolm Jenkins, and most notably Colin Kaepernick have all taken a stand.

Things only appear to be getting worse with President Trump retracting DACA which will deport thousands of people splitting up an endless number of families. It’s time like this where it’s hard not to be disgusted with the actions of our illustrious country. Bennett will likely take legal action for being arrested without any wrong doing. Sadly enough, not enough people are taking a stand against racial injustice in this country.

PFF Still Can’t Figure Out Why Their Golden Goose Sucks